On two ocassions in January this year, we had emergency repairs carried out to the roof. As rain was entering the building!

When a third leak appeared, it was clear that this reactive response didn't represent best value-for-money; and that we were likely to spend a great deal of money having 'patch repairs' carried out.

An expert roofing contractor was brought in to give us professional advice; and the entire roof was renovate.

The problem with the roof is that for aeshetic reasons, the pitch of the roof is very shallow.

Had this been combined with waterproof,breathable membrane, then there would've been no problems.

But non-waterproof roofing felt was used!  (Either as a money-saving move or as an oversight).

The result is that the majority of the felt has rotted away.

Back in 2017, a leaking roof let water enter the storage area.  - And this was quickly repaired.

Works to the roof have now been completed.

Staple Parish Council now has its own defibrillator.  This is installed at the Hall. 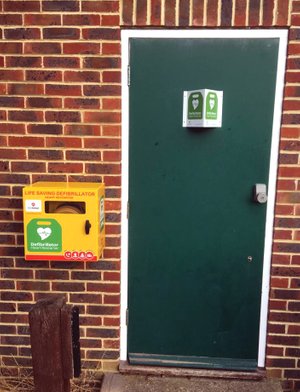 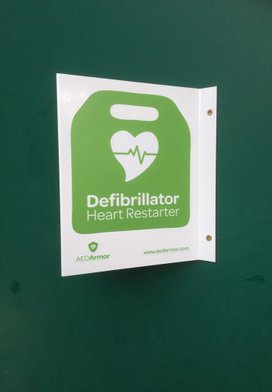